HAPPENING, DAILY Emails and Social Media Posts will be sent showing You One different Auction Item as we get ready to GO VIRTUAL @RooftopParty2020 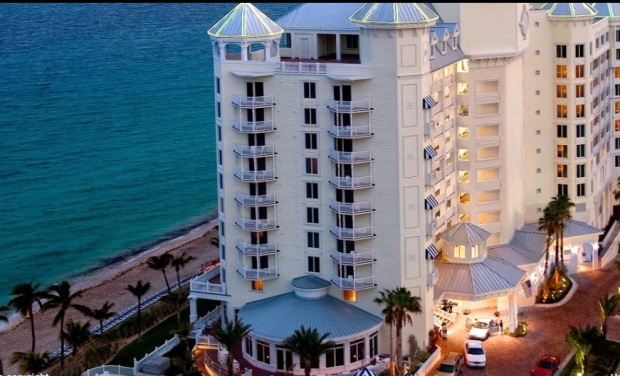 The Rooftop Party Auction is: Free to Register, Your Participation in this Safe, no-contact virtual format will protect participants and their families from exposure to this virus. Know that 100% of the proceeds go to providing Educational Scholarships!

HAPPENING, Thursday, September 17th from 7-9 p.m. IS the LIVE VIRTUAL AUCTION DATE, the Day, where you will Bid on All Auction Items from your iPhone; Android; iPad, Laptop or Desktop.

ON, September 5th you can register and see all our Auction items by visiting our Online Auction at: http://www.myminiauction

Our Annual Charity Party where 100% of proceeds goes to providing TB Area Kiddos with Educational Scholarships either to Camp or College Books or College financial help, has been changed.

We all have been going through a lot this year and to ensure LOCAL KIDDOS gain help they need, we are still Hosting our Rooftop Charity Party.  Why, well to Promote our Wonderful Sponsors, Donors, Contributors, and Auction Providers who enable Your Local Kiddos in need.

NOTE ~ So We Did A Thing … due to the world situation we are going to have a Virtual Party, Online Auction and Allow All Ticket purchasers to GET A Drive-By SWAG BAG with Restaurant Gift Card and Bottle of Wine … we can all eat, drink and bid bid bid Still on 9-17-2020.  WHOOP it’s still a PARTY!

Still, THURSDAY, September 17, 2020  from 7-9 p.m. will be the Annual Rooftop Charity Party where 100% of funds raised will provide EDUCATIONAL SCHOLARSHIPS for YOUR Tampa Bay Area Needy Students.  It will be a Virtual Watch Party with Online Auction so we hope you email us to ensure you gain the link to Bid Bid Bid

Happy Wednesday and what would have been our “tax day” which has been extended 90 days due to the world’s current situation of covid 19.

WELL with that said REMINDER REMINDER 🙂 the Annual Rooftop Party has a NEW DATE to keep All our Wonderful Donors, Sponsors, Providers and Attendees healthy and safe.

THURSDAY, September 17, 2020 will be the Annual Rooftop Charity Party where 100% of funds raised will provide EDUCATIONAL SCHOLARSHIPS for YOUR Tampa Bay Area Needy Students.

SOOOO we ask you please hold onto those Awesome Tickets you have already purchased and we will see you UNDER THE FULL MOON on the Rooftop, Thursday, September 17, 2020 at 6 p.m. with another FUN Night to “party down as the sun goes down adult style!”

TODAY we at O2B FUN, INC. celebrate our Five Year Not for Profit Birthday!  YEAH … Five Years, Sixty-One Students who received scholarships; Thirty Six Schools that received Scholarships and Thirty Seven Other not for profits that received o2b Fun Scholarships with over $110,000 given out over the years. 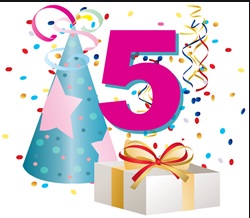 EXCITED to be a part of this Milestone along with the help of Our Wonderful Board of Directors:  Frona Elkes, Vivian Stowell, Cris Ashley, Terri Kilgore and Donald Moore.  ALSO we could never do this without All the Super Hero Volunteers, Super Hero Donors and Super Hero Attendees.

Until Next Time … Keep it REAL … REAL FUN that is 🙂

Happy Tuesday and EXCITED to announce we have the four -4- different scholarships up and ready for you to apply for!

Go to our Student Page here, download then complete and return via email or snail mail no later than April 20, 2019.  Can’t wait to give out scholarship funds

It’s time for our weekly update as we announce the First of the College Bound Scholarship WINNERS!  Help us with a big Cyber Shout Out to Sandra of Manatee County!

I am excited and surprised to be chosen for a scholarship but know I will be using these funds to continue her love of art by attending The Art Institute of Tampa.  Thank You for believing in me!

Wishing you MUCH success Sandra and go fulfill your heart’s desire!  Thank you to our HERO’S who make these scholarships happen!

OH YES … another chance to win PRIZES for 2018 Rooftop Party … here you go!

So due to spring break schedules, o2b Fun Inc. rescheduled the 2018 Rooftop Party, when is the NEW date?

Until next time, keep it REAL … REAL FUN and remember you gotta play to win Prizes on our facebook page only:  https://www.facebook.com/o2bfuninc/

Well I know it’s super early however, we just love improving our Annual Rooftop Party and here’s the SCOOP to you our loyal followers …

Remember until then … keep life REAL … REAL FUN that is 🙂 Brenda 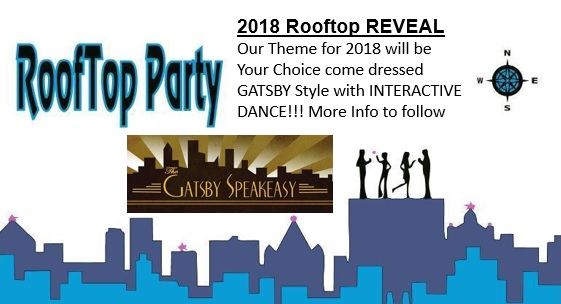 HAPPY MONDAY everyone and we are looking for your valuable input!

We Want YOUR Vote on the 2018 Rooftop Party! These dates allow us to have Full Moon and Dignitaries!

Though Memorial Day and Veterans Day are two separate holidays, both days seem vaguely synonymous and appear to celebrate the same thing: the men and women who serve in the United States military. However, in reality, Memorial Day is much older than Veterans Day and each holiday commemorates different people in the U.S. armed services.

Memorial Day stemmed from a desire to honor the dead after the Civil War. On May 5, 1868, General John Logan, commander of the Great Army of the Republic through General Order No. 11, selected May 30 as Decoration Day.

Despite the fact that Veterans Day and Memorial Day both have the ring of a federal holiday that commemorates those in the armed forces, Veterans Day officially honors those who have served in the military in any way, while Memorial Day formally remembers those who gave their lives in the service and protection of America’s freedom

So as you celebrate today, remember to keep it REAL Grateful an REAL FUN!!  Brenda

Well now that our Major Signature event “Rooftop Party” is over we are already gearing up for the SCHOLARSHIP Party and wanted to ensure the word is out to every one!

For more information on this event or to apply for a scholarship check our more info on our STUDENT tab here on o2bfun.com … Grants provided to 8th Grade students, Individual School with specific needs and College Bound Students!  Keep it REAL … REAL FUN ~ Brenda