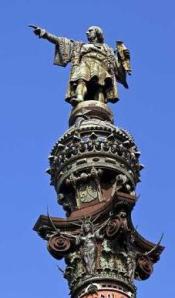 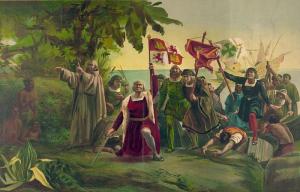 A U.S. holiday that commemorates the landing of Christopher Columbus in the New World on October 12, 1492. It was unofficially celebrated in a number of cities and states as early as the 18th century but did not become a Federal Holiday until the 1937. For many, the holiday is a way of both honoring Columbus’ achievements and celebrating Italian-American heritage. Throughout its history, Columbus Day and the man who inspired it have generated controversy, and many alternatives to the holiday have appeared in recent years.

Christopher Columbus was an Italian-born explorer had set sail two months prior, backed by the Spanish monarchs King Ferdinand and Queen Isabella. He intended to chart a western sea route to China, India and the fabled gold and Spice Islands of Asia; instead, he landed in the Bahamas, becoming the first European to explore the Americas since the Vikings set up colonies in Greenland and Newfoundland during the 10th century.

Later that month, Columbus sighted Cuba and believed it was mainland China; in December the expedition found Hispaniola, which he thought might be Japan. There, he established Spain’s first colony in the Americas with 39 of his men. In March 1493, the explorer returned to Spain in triumph, bearing gold, spices and “Indian” captives. He crossed the Atlantic several more times before his death in 1506; by his third journey, he realized that he hadn’t reached Asia but instead had stumbled upon a continent previously unknown to Europeans.

In many parts of the United States, Columbus Day has evolved into a celebration of Italian-American heritage. Local groups host parades and street fairs featuring colorful costumes, music and Italian food. In cities and towns that use the day to honor indigenous peoples, activities include pow-wows, traditional dance and lessons about Native American culture.  Otherwise it’s a Government Holiday so enjoy your day off work and if you have to work you can still have ‘work fun,’ just get Vicki “Games” Grimes to help create something for you as she’s da Best!

Until next time, keep it Real … REAL FUN that is  Brenda 🙂

One thought on “Columbus Day”